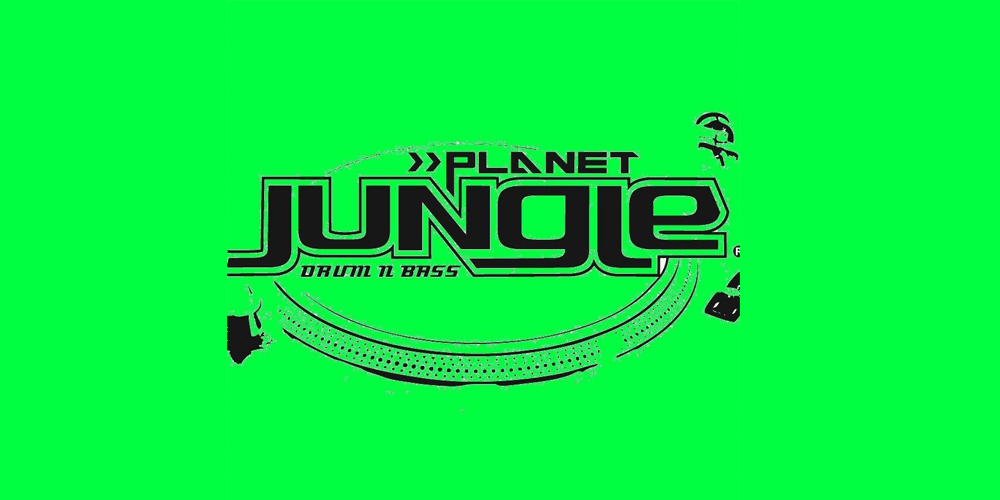 Q&A with Roly about 15 years of Planet Jungle

A long long time ago this wicked drum and bass night called Planet Jungle started in the Azijnfabriek in Roermond, Limburg. The event is still going and currently in the celebration of their 15 years anniversary! That’s why the Planet Jungle crew invited the legendary producer & DJ Dillinja to come over from the UK and celebrate with them.

I’ve been talking with Roly, the main man behind Planet Jungle and I asked him to share with us his experiences from the last 15 years of running the events and also tell us what their future plans might be.

So 15 years of Planet Jungle, congrats well-done! Are you already excited for a good celebration?
Thank you! Yeah, it’s quite an achievement and we never expected to come to this point and celebrate 15 years. We’re really looking forward to it and have come up with a sick line-up with Dillinja as a headliner, and also Coco Bryce en 1NC1N behind the decks in the 2 other rooms.

We’re not only celebrating 15 years of Planet Jungle, but it’s also the birthday our own queen of the jungle Jung’lin at midnight. So there’s even more to celebrate!

What can visitors expect for the event next Friday?
Where shall I start, well the venue is pretty underground. Almost all pop stages in Holland are rebuilt now but here those underground vibes are still alive. The volunteers and security staff are really friendly and helpful.

Planet Jungle is a unique event with a lot of old school drum and bass and jungle acts, mixed with some present flavours. We’re getting a lot of lovely responses from visitors about how they love the event for not hearing the same tunes over and over again. And in the main room, there’s one of the best sound systems from Holland. Because of the fact, there’s no sound limit, the Zinloos Geluid crew will go all-in when stacking speakers.

Our resident Jungle DJ, Junglin’, hosts the Jungle room and invited Coco Bryce. The Jungle room has strictly vinyl sets only. And for this special edition, there will be a third room for the harder stuff as well. Starting with a heavy neurofunk set and after that, we’re having DJ’s mostly do crossbreed sets. All carefully played by the sound system from the Tilburg based Binnen Oosten crew.

Normally, you’ll find a merchandise stand from Dosis Decibel with vinyl, planet jungle clothing & merch, but unfortunately, that’s not really sure yet. But make sure you bring some extra cash with you just in case.

Also, after midnight we’re handing out free ice cream, as always, and for this special occasion, we’re giving all rooms a festive touch. You don’t want to miss out on this one!

So Dillinja, that’s a wicked booking and what a way to celebrate 15 years! Why did you invite him for a gig?
First, of, he’s my personal favourite, back in the day we were playing his tunes all the time. There are just a few producers in the drum and bass scene who are as respected and adored as Dillinja is. I think that’s due to his trademark combination of stomach-churning basslines and the tightest & clear breaks. He has secured his reputation by being the most influential producers in the history of drum and bass.

He is also the remix king, he has been remixing tracks from, David Bowie, Bjork, Basement Jaxx for instance. But he also did remixes of tunes by these big drum and bass artists like Roni Size and Bad Company. In terms of his mixing skills he can measure himself with Andy C and Aphrodite, his set will be 2 hours of pure enjoyment!

Please tell us a bit about the highlights of the last 15 years
The first highlight came pretty quick actually when one of our Dutch favourite DJ’s, Nymfo, was on the line-up and he returned to our events almost every year or so. After that, we had John B when he had just finished his new drum and bass album. That time the sound was so loud I had to run to our workplace and cut a piece of foam to stable the CDJ’s as they were bouncing off the table because of the basslines!

Another big highlight was 4 years ago when we happened to have Dillinja on the line-up as well. That was our first sold-out event, people were in line outside and even regular visitors were standing outside without a ticket, and could not enter the venue anymore. Actually from that one on we have been sold-out every time until our last event in that particular venue before it closed down.

That last night Ed Rush & Optical were behind the decks and they hadn’t been playing together for years in Holland. What a night that was! After that, we moved to a new venue and it was a dream come true.

Roni Size has been at the ones and two’s as well, that was an epic night also. But after that, the venue started working with new people. We were having some nice conversations with them but never heard back from them. Fortunately, Joerie of Zinloos Geluid was introducing us to the Hall of Fame venue in Tilburg where we’re now doing our third edition. Without Joerie we would probably have stopped running the events, so: thank you very much, mate!

What are the main goals for the concept in the near future?
Planet Jungle started 15 years ago in the Azijnfabriek in Roermond because of my passion for drum and bass and at the time there weren’t a lot of drum and bass events around in this area. If you wanted to see a DJ from the UK you had to go to Nighttown in Rotterdam for instance.

But nowadays you can find big drum and bass events with UK DJ’s almost every weekend, making it very hard for smaller events to survive. A night out is pretty expensive these days and heads rather visit events that end when the trains start to ride again.

Bigger events like Korsakov or PRSPCT are absolutely banging, don’t get me wrong, only a smaller venue where the DJ is just a few meters away from the crowd tends to be a bit more intimate. That’s what artists tell us all the time as well. I’m not quite sure who it was, but one of our guest DJ’s told us that he heard from a colleague that Planet Jungle is the bomb. Now that’s a really nice compliment!

Do you have more future events planned already?
Yeah, early 2019 we’re doing another edition in The Hall of Fame and we’re also planning a special event at a truly unique venue, but that’s not confirmed yet. For now, there’s the event for next Friday and one for December 22nd in the Sociale Dienst in Eindhoven. For that last one, there are only 150 tickets available, where would you find something like that nowadays huh? Oh, and for the first visitors, there will be a free glass of champagne!

For more information on the events, check our party agenda or the Planet Jungle Facebook page.