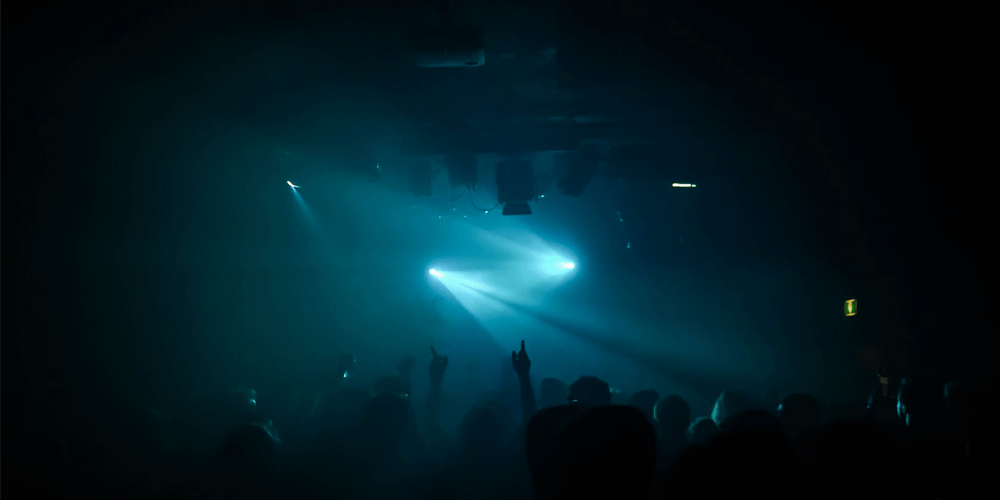 Bassment: a small event with a big vibe

When you leave Den Haag Holland Spoor, stroll past a canal, cross a bridge and walk through a business park you will reach the BINK36 complex. A cluster of young companies, with at their heart PIP: probably the best club in this boring city of diplomats and politicians. Last week Friday Bassment celebrated their two year anniversary. A charming event that gives their audience exactly what it wants and deserves. A unique event in a distinct location.

Bassment has been around for two years now in The Hague and Leiden and this is their seventh event. The crew consists of four young people who take their time to make Bassment events just the way they want them to be instead of wanting to grow as quickly as possible. According to them, their focus is on the minimal sound of bass music.

Many promoters try to grow as quickly as possible and others want to stay underground on purpose. Bassment has found a perfect balance between the two. It’s hard to call them underground with acts such as Hospital Records’ Whiney, but they aren’t competing for the biggest bass event in the city; let alone the country. There is a unique vibe to Bassment that comes from the like-minded people who make up the audience. Bassment’s strong identity pulls in a certain crowd that is drawn to a specific sound and that possibly strengthens the bonds forged between people at raves.

Besides from having a strong identity and great taste in what artists to book, Bassment is good at collaborating. This time they invited Den Bosch based Basshaven to host the small area at this lively event (more on that later). Earlier this year they worked with their The Hague neighbours Skorpion and Bassball to create Subculture Festival.

For those who don’t know PIP: you’re missing out. It’s a unique, risk-taking and chill venue. Nothing about their programming and modus-operandi allows you to call them boring or normal. When the summer got to hot for them, they built a half pipe and brought in snow to cool down and do some snowboarding. This new year’s eve they are hosting a party in the former building of the Dutch Ministry of Social Affairs.

On Friday the weather was chilli, so fire pits were lit and warm apple juice with vodka was served. A nice change from the usual glühwein that tasted just as good. The guards are strict but fair and the bartenders happy and hard working. That means that you never have to wait long for your next beer. The sound system is lovely and the ambience is intimate. The main area is open and the front row can practically touch the DJ. There is plenty of space to dance inside, and outside boast plenty of space to talk to friends and strangers as well as smoke instead of the usual dirty indoor smoking area.

As mentioned before, Bassment leans towards minimal sounds. Despite this limitation, their bookings have been diverse. Pythius, DJ Eazy and Hypoxia all graced the decks in the past. This edition they wanted to indulge in their shared love of deep drum and bass. And they went all out with the line-up with Whiney, Benny L, Creek, The High Class and many more. Relatively little attention is paid to deep sounds at Dutch events and in the Dutch fanbase in general. This event was welcomed wholeheartedly by the deep fans.

Whiney is an artist that I am personally a big fan of and have been looking forward seeing for a while. He did not disappoint! With a bunch of his own tunes and some song I didn’t recognise (album 2 is that you?) I got that exciting feeling of seeing artists that you have been waiting for. Haven’t felt that in a while. The main area was pretty packed from the start of his set through to the end, so I must not have been the only one.

Benny L’s set led to the best crowd reaction that Bassment has ever seen according to Wybe of the Bassment crew. No surprise listening to him drop one dirty banger after another. I doubt anyone in the crowd had a second to stand still and catch their breath.

The second stage was hosted by the Facebook community Strictly Liquid. The pair of drum and bass fans turned DJ/producers Lexxion and Shapeless shared the stage. Many people enjoy the music. They live it. On top of their own acts and the online community, they manage an event in Den Bosch called Basshaven. And Den Bosch has become better for it. The medium-sized city in the south of the country had only one event for bass heads to go to, but through a series of unfortunate events, it was no longer popular. So where should the people of Den Bosch go to? Basshaven of course! Small, gezellig and mostly, banging!

Those attributes make them perfect for the second stage at PIP. The second stage has a garage box feel to it where you are very, very close to the DJ. This closeness fits perfectly with the warm, energetic sounds of the DJs who were rocking this stage. I caught parts of the sets by Arch Origin, Low5, Creek and Lexxion B2B Shapeless. Audience members kept walking in and out, but no matter who was there.

The weather was cold, the fire warm, the DJ’s played like they were possessed and the crowd loved all of it. Despite not being as big an event as WTF or Korsakov, this was an amazing party. Bassment has a strong identity that they build on. That’s why you know what you’re getting when you visit. See you next time, for more deep drum and bass.