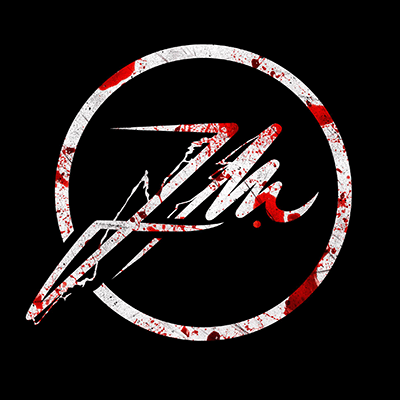 WhatsAppFacebookTwitterRedditPinterestEmailLinkedIn
Home » June Miller: “We’re really happy about what we did and now it’s time to move on and look at the future.”
Contests

June Miller: “We’re really happy about what we did and now it’s time to move on and look at the future.”

Based in The Netherlands, the Dutch/English duo signed to RAM Records are on top of the drum and bass industry. Well known for their sets full of energy and variation in their productions. Suddenly in february this year the duo put up a post on their Facebook page announcing this would be their last year as June Miller. I sat down with Mark and we talked about his favourite superhero, a rare liquid set, new producers and of course why June Miller truly decided to quit.

Hi Mark, how are you and how did your set go?
Good, really good. A bit sweaty. It was fun to play this set.I think we’ve been making music for ten years or so and in those ten years we never had the opportunity to play a fully liquid drum and bass set, so it was really good to do that because we love liquid, we make lots of liquid. We like all kinds of music but normally when we play, a normal set, we always play very loud but it was nice to say; Look we’re gonna play a complete liquid set and play all the good tunes we like It was good fun.

Why don’t you normally do that? Why do you guys play neurofunk tunes most of the time? Because it is more fun. We find it more fun and normally the crowd we play for wants to hear the harder stuff. It was good and different to play for a crowd that expected us to play liquid.

“The best thing about working with someone is someone else’s opinion and if you have known that person for a long time they’re going to give you a really honest opinion.”

You’re alone this time, normally you are with Bart, what is the best thing about working with someone?
The best thing about working with someone is having someone else’s opinion to fall on and if you have known that person for a long time they’re going to give you a really honest opinion. It’s great to have a partner that is always going to support you and bounce ideas off.. How it worked with me and Bart is if one of us was working on a tune, we’d swap the idea and one person would say No I don’t like it or the other person would say Yeah I really like it and each one of us would finish it. So that was a big advantage of working together.

But you used to play in a punk band right, why did you decide to go and make drum and bass?
I think the first question is why did we stop doing punk band and the real honest answer is; Because of money. When you’re doing the punk band thing, you’ll have to pay for your own travel, sleep on someone’s kitchen floor. So you go into a big van and tour in Europe and basically, you do it for nothing. Even though you love the music so much, its really draining doing so many shows for little return, you can only keep that up for so long. So when we finished the punk band, we were just making random music for fun and then we got into drum and bass, so we naturally starting trying to write drum and bass. As things progressed we started looking at the scene and thought Okay maybe we can make a career out of this, do what we love and also be able to make a living. It’s an amazing feeling getting up in the morning heading straight to the studio to make music rather than being stuck in a job you hate. We have the freedom to write music all day and push our creativity to the max. That is it. That is what we do all day, everyday, basically.

What is the coolest superhero?

Uhmm, Dexter! Is dexter a superhero? You know, the serial killer? Let me ask someone!

Mark: Is Dexter a superhero?

Mark: Dexter!! Is he a super hero?

You know Dexter? Let me give you a lowdown of dexter: Dexter is a blood spatter analyst for the Miami Metro Police and when he was younger he had an incident where he was traumatized which made him want to kill people and he trained that sense to only kill criminals. Is that a super hero?

I guess so? Killing people is bad, but he kills the bad people so I guess it is an acceptable answer? Back to the serious questions haha! Does June Miller still have some upcoming releases? Nope, no releases. But I can actually give you a pretty good exclusive. We finished all our releases and we will be doing gigs until the end of this year and then at beginning of 2018 I am going to start of with a new project!

What is the true reason June Miller won’t continue?
Well there are a lot of reasons but the main reason is because it is sometimes difficult when you’re with two people, to always have the same vision, same goals and same dreams. Bart and I have known eachother for like twenty years which is a very long time, so that made things easier in some ways but also difficult. We both decided it wasn’t worth to keep going together anymore so we decided to move on. No hard feelings, no tears. We both agree it’s really important not to be upset about the past but to be happy and grateful towards the opportunity we had. We’re really happy about what we did and now it’s time to move on and look at the future.

Talking about the future, what are newcomers we should really keep an eye out for?
There’s lots. So many… I really like Cruk, a guy from England! Shyun, signed to Critical Music. There’s Signal of course but he’s already passed that stage. Also Djahlor, he probably makes about five tunes a week! There’s so many oh my god. The cool thing with drum and bass is that there’s always new people coming. We’ve been doing drum and bass for quite a while and there’s always new fresh people coming which is really good.  Like, progression? Yes! The cool thing is when someone is young and they don’t know the music so much is that they don’t follow a rule. They just make something of what they think that suits the music but actually it’s completely fresh and new. And, if you are making music and you’re not sure, send it to me and I will help you.

What is your advice for new producers?
The best advice is, if your music is good enough, just send it and you’ll get help! You know the whole drum and bass, especially in Holland, is a really great family. And if you want to work hard and if you’re serious about it then people will take you serious. So if you’re new, just send it to me or other guys and we will help you!

Back to a bit of a silly question again: What is your guilty pleasure song?
Probably Wilkinson – Afterglow, and outside of drum and bass I am probably going to say something which nobody knows. Do you know Luther Vandross?

Who?
Okay so no you don’t! When I was little my dad was into black soul music and when we were driving there was always this one tape, yes a tape I’m that old, and the first song was by Luther Vandross and if you don’t know it, go look it up! He was a big fat soul guy, it’s awesome. He’s dead now.

And what is your favourite album?
It’s by a punk band called NOFX, the album No Decline only has one song on it which is about eighteen minutes long. You should listen to it.

Last question! If you got the opportunity to work with one artist, doesn’t matter if he/she is dead or alive, who would it be? It can be anyone, even Michael Jackson!
Well definitely not Michael Jackson, I’m not into kids and circuses. But fuck, this is pretty difficult. Well for drum and bass it’s Noisia. I’d would love to work with a guy called Marco Beltrami. He did many sound tracks, and he has a pretty dark and mysterious side to his music which is combined with many classical elements which I love. And Hans Zimmer ofcourse, that’s a very obvious one. But in electronic music, this might sound a bit arrogant, there’s not so many people whom I would really like to work with. The reason why I’d to work with people outside of electronic music is that they offer something completely different. Electronic music is quite, no matter what genre, similar. It’s the same progression. But writing a big orchestra or writing a country song is completely different, so it gives you a lot of inspiration imagining yourself working with that artist.