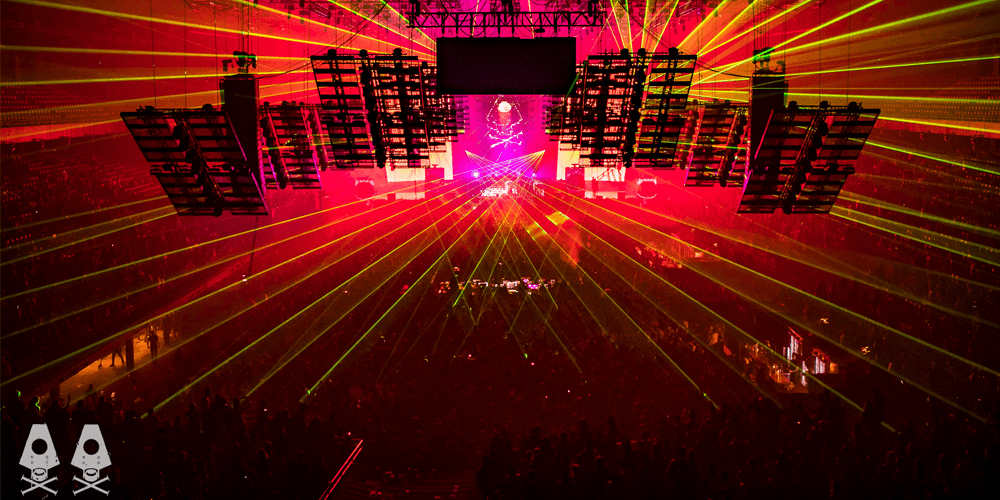 ‘Pure dedication, no fuss’ – a recap of special memories at Rampage…

A huge announcement came on Christmas from our Belgian neighbours at Rampage Events… To celebrate the ten year anniversary, a two-day open-air festival has been announced. So two more days of Rampage this year, during the summer!

Meanwhile, the next (indoor) edition nears closer, this time a bit later on in year: March 29-30. Before we get to ask how Rampage Events transformed into the ‘biggest dubstep and drum and bass festival in the universe’, let’s look at the very things that made it happen. Also, we’ll chat with artists and visitors about their fondest memories of this humongous rave.

“I’ve been to all the previous Rampages. It’s impressive to see how the light show and visuals get better each year. Rampage has grown so much, expanding into two days further improves the experience. I cannot wait to see what the next edition will bring – especially when thinking about what show Excision will be like in 2019…”

Not for the faint of heart, but undoubtedly a view to die for… The extensive use of state-of-the-art lighting and LED-installations reaches into your neocortex with surgical accuracy. Moving video screens, spectacular pyrotechnics, and immensely wide illuminating walls… Transported, hypnotized and mesmerized – painlessly pleasurable and effortlessly enchanting.

“My biggest ‘wow moment’ has to be the very first time I’ve visited Rampage and realised how insanely big Sportpaleis is. Despite the crowdedness, the vibe was amazing though. Everyone was having a blast!”

Paleis – translated into English means ‘Palace’. Once a dream – some 85 years ago (as a palace of sports) and becoming reality in 1933 as the largest one in whole Europe at the time. The biggest names in the music industry perform here on a regular basis. And now, for you and yours, it serves as an arena for the biggest drum and bass & dubstep party in Europe. Can you say ‘graceful ego death’?

“In 2017, when Eptic played at Rampage, I remember how 15.000 people were clapping along to ‘We Will Rock You’ by Queen (Excision & Downlink – Rock You). This still is one of my favourite festival moments ever.”

45 nations (and counting) coming together for the love of music. Leaders of this world: take note. The universal language of music unites, and Rampage truly is an ambassador in that regard. Understanding we’re all the same, peels away the many layers of superficiality. Rampage facilitates exactly this and inspires connectivity with likeminded people from different walks of life. Pure dedication, no fuss.

Artists excelling at their craft

Playing Rampage has become a bucket list item for internationally renowned (and upcoming) artists. All would easily agree it’s a big honour to perform there. Because of this, it inspires the very best in terms of bringing a top-notch performance to the many (potentially new) fans at Rampage. They will play you their newest and unheard music. What’s it actually like to play at a huge event like this…? Here’s what they had to say:

“Saw Funtcase playing at Rampage a couple of times, his shows are on another level. Had the chance to contribute by making his visuals, so I was super stoked to see it all unfold at Sportpaleis!”

“This view combined with the sound of 15,000 people echoing your words, as euphoric shouts that blend with the music you love, is something you never get used to! It’s electric, a magical feeling that keeps you going for weeks on end! Feel truly blessed having been able to jump around on that massive stage inside this colossal arena for the past 7 editions – gazing in awe at a seemingly endless sea of people.”

“After about five tracks really intense songs, Luuk (Lifecycle), dropped this very minimal track he made, with drums and a bassline mainly. I could hear the crowd scream on top of the music. They were so loud, that I felt the airwaves going through my chest. that’s something we never experienced before, not even at a show that we attend to by ourselves – moment we will never forget.”

Wonderful memories indeed. Does this resonate with you? What do you remember best? An event of this size for drum ‘n bass (and dubstep) is special. A shout out to Rampage for making it all happen! Somewhere in the upcoming weeks, we will publish an interview with none other than Murdock – the founder of Rampage! How did he do it…? To be continued!