Even for seasoned and accomplished producers, it’s at times hard to evolve to the next level of desired artistic expression. Previous knowledge tends to have a certain habitual hold but inevitably falls short in terms of true satisfaction. When rough times test their very resolve, how far are they willing to go to make something timeless?

Andy from Technimatic shares in-depth what their third album called ‘Through The Hours’ really means and what they had to deal with while making their so thoroughly sought after brainchild. A process whereby 100 different songs eventually boiled down to just fourteen on the album – read on for an informative and insightful take on one of their hardest artistic feats to date.

Can you tell us more about the atmosphere on the album?
Andy: “You can expect a lot of our kind of trademark sound and what we are about, but I guess we’ve just tried to look on different pallets of styles. The album is a combination of deep liquid, dancefloor and old school tunes. It’s actually a blend of everything. I’m very excited because it has been a very long road. I just want the world to hear it.

What are the 3 tunes on the album that you are most proud of?
The first one for me is ‘Sometimes’. Already with the first couple of sketches, I had the feeling that this one will get big. It nods back to the old school style of breaks and beats. There’s something in that tune that really makes me proud. Another one is ‘True Believer’  because it’s not something you’d expect us to do. It’s interesting to see how people react when they hear it. The third one is a track called ‘Breathe In’. When making that tune I was going through a difficult time. The title is about taking a breath and realising everything is going to be alright.

How do you work together as a production duo?
We have been working together as Technimatic for ten years now and we have achieved so much in that time. We work best if we are together in the same room, but Pete lives in South West London and I live in North London. The actual distance between us is 2.5 to 3 hours of travel, so most of the stuff we write is at home and we send bits and pieces back and forth. The moment we are together in the studio things get wrapped up super quick. Working with Pete is so natural, so flexible and without any issues. We’ve got rare chemistry.”

What do you envy in each other?
I think what I envy in Pete is that he is the DJ Shadow of Drum and bass. He knows where to find the right samples and raw material. He’ll come with stuff that blows my mind. A lot of it he finds in rare records he digs up somewhere. He is a next level cratedigger. I can’t speak for him, but if people ask him what he envies in me than I think he would say: beats and engineering. I’m really focussed on fat and chunky beats. Pete and I are just the best of both worlds! 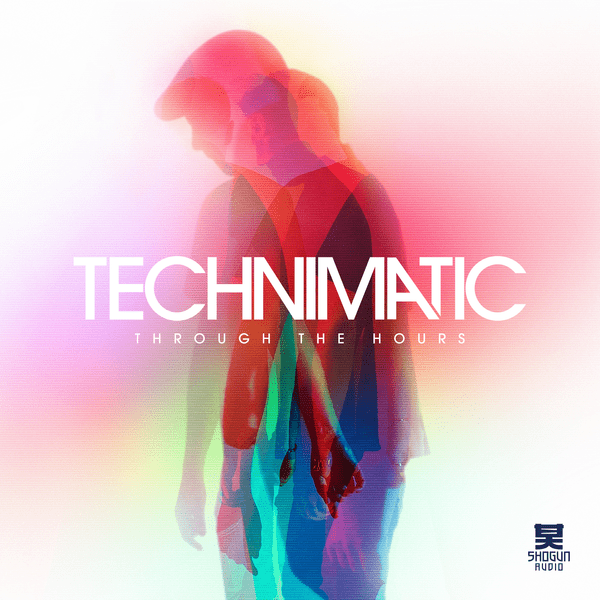 What DAW did you produce the album with?
The first album we did we wrote entirely with Reason 3. It was a really old version of Reason that kept crashing. We now use Logic-X and we use Reason. Reason is still the platform where the creative work happens and then we rewire it in Logic where we do the high-end engineering before finishing it up.

Can you tell us more about the process behind making the album?
I’ll be honest with you. Of all the albums we’ve done this one has probably been the hardest. The reason I said the hardest is not that we didn’t enjoy making it, but a lot of things were happening in our personal lives around the time that we were making the album that we weren’t prepared for. I got married around that time, we lost people in our families and we both had some deep personal struggle. What ends up being great about this is that all of that emotion has found its way into our music.

So the album is, in fact, the closure of a bad time?
I won’t say the closure of bad time. I would say definitely difficult and challenging. Sometimes you need to go through a lot of shit to be able to get to where you want artistically. It’s all for a good reason. It’s not like I would want to change anything in that sense. I’m glad we had to go through that when you see where we’ve come.

When did you see the light at the end of the tunnel?
It’s funny. A year ago we got to a stage where we thought it was done but the more we got back to it and listened to all the tracks the more we realised it wasn’t done. At that stage, it got to the point that we knew we had given everything to complete it. Though, deep down we also knew that it wasn’t as good as it could be.”

There are 14 tracks on the album but we wrote 100 or maybe more. That’s the reason the album is called ‘Through the Hours’. It’s a weird world at the moment with everything that is happening in our lives and around us. We thought; no matter what happens, we work hard and channel everything through our music and literally work ‘through the hours’.

How do you choose the right tracks from the 100+ you’ve made?
When you are writing the album, you pick out what you consider to be the best. So then it becomes really hard to get back on those tracks that you’ve put aside because there’s a reason for that. You are not completely convinced that it’s good enough. Also, Shogun has an important role in that – they have a critical ear. Poor Friction has listened to all hundred tracks and has given us honest feedback. Everybody had their say, but in the end, it’s our decision what comes on the album or not.

Can you tell us something about the vocalists on the album?
Lucy Kitchen and Jono McCleery are on the album again and we are introducing a new vocalist called Matt Wilson. He has done some stuff with 1991 before. There’s a reason why only a handful of artists are involved in the scene, finding good vocalists that match the vibe is hard. Sometimes you accidentally bump into someone like Lucy Kitchen. She is a folk singer and she knew nothing about Drum & Bass. On our launch party (Mick’s Garage in London on Friday the 5th of April) she will sing for the first time during our set. We are really looking forward to that.

Can we expect a remix album?
There could be one, but nothing is in the works yet. First stage is releasing the album. Let’s see how that goes and after that who knows.

Can you name one producer who you would like to ask if you would do a remix album?
It’s funny because the last time we did the remix EP, when we finished the track ‘Bristol’ we said we need to have Break to do a remix of this – that’s his tune all over. So in terms of a remix, now I would like to ask S.P.Y to remix ‘True Believers’. I’m really curious about what S.P.Y will do with this track. He’s such a sick producer and I’ve got so much respect for him.

Will you follow S.P.Y’s example by going back to play dubplates?
I’ve been DJ’ing since I was 15 and when I started DJ’ing I played with vinyl. Then the CDJs came and made my life as a DJ much easier, especially in terms of travelling! It’s a big advantage not having to find all of our records all over the baggage carousel. I would love to go back to playing vinyl, but I would need the confidence and preparation to do so.

I think it’s a brave decision for S.P.Y to go back. CDJ’s are more mechanical and robotic, whereas you can put more feeling in playing vinyl. My admiration for DJ’s like Andy C and Friction has grown, realising that they’ve played 3 deck sets with only vinyl – you need to be really skilled for that.

S.P.Y has invited you to play on his ‘Curated by S.P.Y’ night. What do you think of the concept and the line-up?
The cool thing about the concept is the fact that it’s really personal. You get an insight of what the Curator likes in Drum and Bass; where they pull influences from and artists they admire. You’ll get the chance to step into the creative mind of the Curator. When I first saw the line-up I thought ‘this is ridiculous’! Everybody on that line-up I admire deeply and would really like to see them play.

Through the Hours’ will be released on April 12th through Shogun Audio. You can pre-order the album at https://www.shogunaudio.co.uk/shop/technimatic-through-the-hours-deluxe-edition-2#.