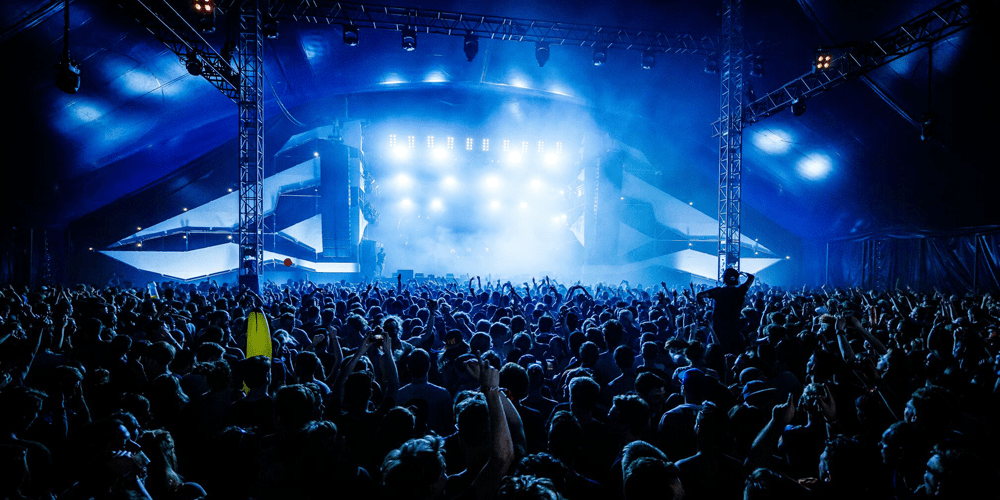 We Are Electric welcomed fans at another edition of the indoor-festival on November 10th. For more than five years, the Klokgebouw in Eindhoven remains the venue of choice. It’s hard to escape the feelgood reminiscences due to the many wonderful experiences at this location, but how does the ‘current’ WAE compare in a broader sense?

‘Would he be coming or not?’, the appearance of Deadmau5 at WAE didn’t seem so sure just a while ago, but it’s hard to deny that so many people motivated their appearance by his presence. The latter became somewhat of a hindrance. The CRASH stage felt too crowded to make a rather conservative set by one of the icons of EDM truly enjoyable. While the music was enjoyable and well-timed for a fairly early slot – thus sparing the collective energy of the crowd, it didn’t justify staying there for the whole set.

Surely a lot of real fans got what they wanted, simply because of his thickly packed arsenal with wonderful self-produced music. Then again, it just isn’t easy to live up to such hype surrounding a booking, which raised these expectations so much further. With really enjoyable performances by Feint and Nymfo at the NOX stage during that timeslot, the lovers of breakbeat were provided with decent alternatives.

Speaking of expectations; Noisia’s recent streak of messing with them by daring to redefine gracefully transitions onto the stage. Their versatile output of released, facilitated and represented music, does pave the way to make pleasant surprises their trademark. While Thijs being the only one of the trio behind the decks during this WAE, it’s safe to say his set can be mentioned as one of the highlights.

A bold selection by a DJ who’s clearly enjoying the very thing he’s doing and doesn’t compromise on authenticity while at it. Even though these surprises, like David Bowie’s ‘The man who sold the world’, were clearly present, the timing of such intermezzos didn’t hinder the momentum of a set that still revolved around dancing and partying. Thijs clearly enjoyed himself too, which made the (shared) experience genuine and natural. Meanwhile, at NOX, Funtcase proved he’s not showing any signs of slowing down. Especially, given the elements of rave in his epic track selection. Still as relentless as his early days in terms of energy behind the decks, but surprisingly fresh because of his flexibility in regards to BPM and sub-genres.

Madster, a local talent (established NOX resident) closed at SNARE and did so in noteworthy fashion. Here’s what he had to say about the gig:

How did it go?
Madster: ‘I really looked forward to this, but sadly still suffered from the flu. Luckily the organization of WAE was very helpful, so I could still play the set. The music proved to be the perfect remedy, once I got going it went quite alright! The room was packed, enjoyed the vibe and MC Multiplex managed to really hype them. It was a diverse set. From classics to halftime and obscure neurofunk, as well as dubstep.’

What was the highlight for you?
M: ‘That must’ve been the end of my set. Seeing the whole NOX team and entourage there and playing The Prodigy: a very beautiful experience!’

How did it feel to close the NOX party at the SNARE stage?
M: ‘A big honour to share the poster with names like Noisia and Deadmau5 foremostly. As an artist, it’s a milestone I won’t forget!’

Twan Koning, the founder and owner at NOX, reflects on the evening: “Honestly, I haven’t enjoyed myself at an event this much in a while. Everything was neatly organized at our stage. The preparations happened in time, it looked amazing and we were able to really capture the vibe that NOX represents.”

I really liked the way how the variety was present throughout the venue and night. It’s something NOX really aims for as well, and being able to combine this at WAE with the different rooms was a real pleasure. Each room represented a different genre at a certain time.” We Are Electic is still going strong. The people who visit are very passionate about music and enjoy what they get served. It shows in the atmosphere. WAE deserves the praise for prioritizing on diversity in terms of genres, thus providing a good basis for a fun night with friends who don’t necessarily share the same taste. At the same time, it can’t be denied that the earlier magic of being a more intimate experience got lost in the transition to an outdoor festival (the new standard). Still, the core-product: returning to the venue where it all started – still manages to provide a wonderful experience for the lovers of bass-driven dance music.